This Masterclass will be a Livestream Webinar.
Participants will join the session remotely, from the comfort of their own offices. The webinar will be streamed live, directly from Tanzania in an interactive, effective and professional manner.  The presentation slides will be circulated to the participants prior to the webinar.

Labour law in the Tanzanian context is a vast subject given the multiplicity of statutes and regulations. In short, this 1 day Masterclass is designed to provide HR managers, labour relations practitioners and line managers with advanced knowledge and skills specifically related to the Labour Law in Tanzania.

After successfully completing the masterclass, you will:

The Employment and Labour Relations Act

The Employment and Labour Relations Code of Good Practice 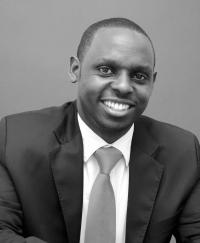 Eric Frank RINGO is a Principal Partner at FIN & LAW, an Advocate and Chartered Arbitrator in Tanzania. Eric has over 16 years post qualifications practice focusing on Tax, Corporate, Commercial, Investment law as well as Employment Law. His practice areas include mergers and acquisitions, corporate law, banking and financial transactions, commercial contracts and project management, Public Private Partnerships and advisory of foreign investments in Tanzania. Eric regularly advises many leading domestic, regional and international companies including those listed at the Dar es Salaam Stock exchange, numerous private companies, foreign embassies and consulates and some of Tanzania’s largest State Corporations. He counsels on all aspects of Tax and Investment Law for entities setting up in Tanzania, Banking law, Public Private Partnerships as well as M&A aspects including preparing companies for sale, due diligence, transaction finance, drafting and negotiation of transaction documentation. Within company law Eric advises on restructuring and reconstruction, raising capital and shareholder agreement issues.

The Exchange is a monthly publication with circulation in Tanzania, Kenya, Uganda, Rwanda, Washington D.C., New York, Toronto, London, Dubai and Shanghai. It brings the very best news on investing in Africa and understanding the business climate on how to do business on the continent. The Exchange is the only African news outlet speaking directly to the world on what truly matters in Africa, purely from an African perspective.

FIN & LAW is a full-service and highly accredited Tanzania-based, East African law firm which owes its prestige to providing first-class legal services. The firm is anchored on core values of focusing on client satisfaction, time essence, reliability and their people. The firm has thus evolved from a general practice law firm to a specialised and focused law firm mainly on corporate, commercial, financial, tax and dispute resolution practice. The firm provides unique cutting-edge legal services and solutions to local, national and international clients. In their work, they focus on staying current with not only the legal environment in Tanzania but also business/ commercial updates and trends using knowledge not only from domestic resources but also from abroad as well. This connection of knowledge of the local and international environments offers the right solution to the clients

Your Order has been submitted you will be contacted soon! Thank you